A downloadable game for Windows

This game is a work of fiction. All persons, places, religions, laws and names appearing in it have no relation to the real world.

The sequel to this game can be found here: https://nakoruru.itch.io/journey-to-the-east-ii

Set in the magical world of Eos, a shadow is forming in the east across the demilitarized zone, which separates two powerful nations, the Chaos Imperium in the east and the Holy Empire of Ankhanesia in the west.

They have been in a state of religious cold war for over half a century. The Chaos Supremacists, led by the Imperious-God-Emperor, Xanaphos the Invincible, has been amassing an army the likes of which the world has never seen before. An army bred for one purpose – the total domination of the western-lands, and the destruction of all ideologies that do not conform to its ideals.

Meanwhile in the west, the Ankhanesian Empire is fractured. A civil war has gripped the nation, and the Holy Emperor, Cylus I, is in a coma due to the trauma of the assassination of his wife and five children.

Their deaths are a total mystery because no bodies have been found.

The story of the game begins, 14 years later, when the fragile peace between the two nations and their allies, is suddenly destroyed.

(Recommended you don't change these keys especially Z, X, A, S as they are needed to be inputted correctly during combat).

No random encounters.  Enemies can be seen and have line of sight and their own behaviours. They have elemental strengths and weaknesses so a good strategy will save your life.

Random item placement and drops. Each playthrough will always be different.

All playable characters and bosses have voiceover.

No level grinding required. All enemies level up with the player. New allies will join the party at a similar level to the player. Certain gear will give the player an advantage.

The number of times you can use a skill is limited until you replenish it by resting or using potions. So that you can't spam the same strong attacks.

Day and night system with on-screen clock, seasons, and a dynamic lighting system.

Plenty of puzzles inspired by the game, Chip’s Challenge, a Windows 98 game to rack your brains.

2. Run Game.exe in the game folder.

Hi! I love this game--fulfills my completionist tendencies so well <3. I am playing through the watchtower mission, and I have beaten Zorg about 4 times, but after each time, the screen goes dark, and I have to reload, ending my progress. I've tried to refresh the page beforehand, but it just won't let me beat Zorg! I am pretty frustrated.

Hi, are you playing the game in a browser? You might want to use the game.exe to open the game. Transfer the save files over.

Played Journey to the East 2 and wanted to play JttE1, but it says there is no download in the itch app. Going to the itch web page lets you download the zip file. ^_^ Love the games so far!

Thanks for playing! So happy you like the game.

I think I fixed the download for the first game in the app now. Thx for letting me know.

I absolutely love. I decided to give this game another go after getting all upset at it. Now I finished it & absolutely love it. Thank you for creating it!

Thanks for playing. Glad you liked it in the end :)

why i cannot unclock in the monastery located in the government district.

am i missing something. please help me. i am sorry because my bad english

Once you have the 3 cubes and 3 invitation letters, go back to Vasily's house and speak to him.

This will lead you to the start of a new quest chain to get a certain item that you're missing, Hope this helps.

thanks for help me

after i get clock tower key, what should i do?

go up the left stairs in the monastery to unlock the door to the clock tower.

Ok,thanks. I already finish the game.

OMG, thanks for playing. What did you think of the whole game?

Yesterday, I played an east travel game. when I wanted to walk, it took quite a while.
Anyway, this game is great.
you have talent, imagination.

how do you create the game? it is free

sorry for my bad english

I used RPG maker. Took me 2 years to make.  I had already thought up the story and characters since I was at school.

I'm glad you like the game. Thanks again for playing.

Hey, I ran into a glitch just recently. After going through the catacombs, I can no longer open my inventory by pressing esc or 0. I've reopened the game,  and have gone on to play up until the part with the Inn, but it's still not working. Is this something others have experienced? Is there another button I could try? I really like the game so far btw!

This is really weird. I have not had this problem before nor have I heard anyone with the same problem.  I usually press 'x' to open the menu.  Load an old save file to see if it works, or go into options and see if your keyboard config settings have changed. 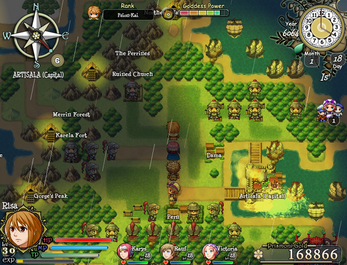 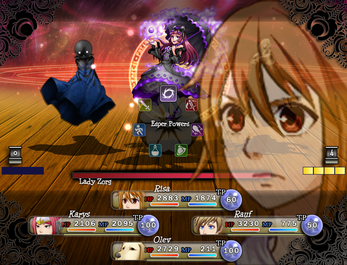 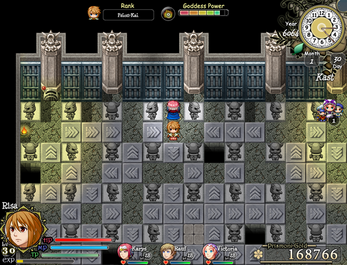 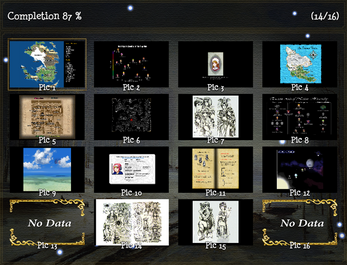 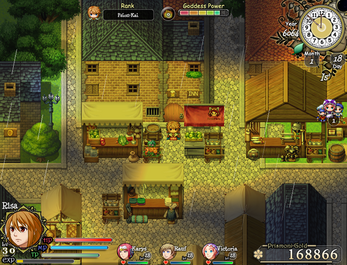